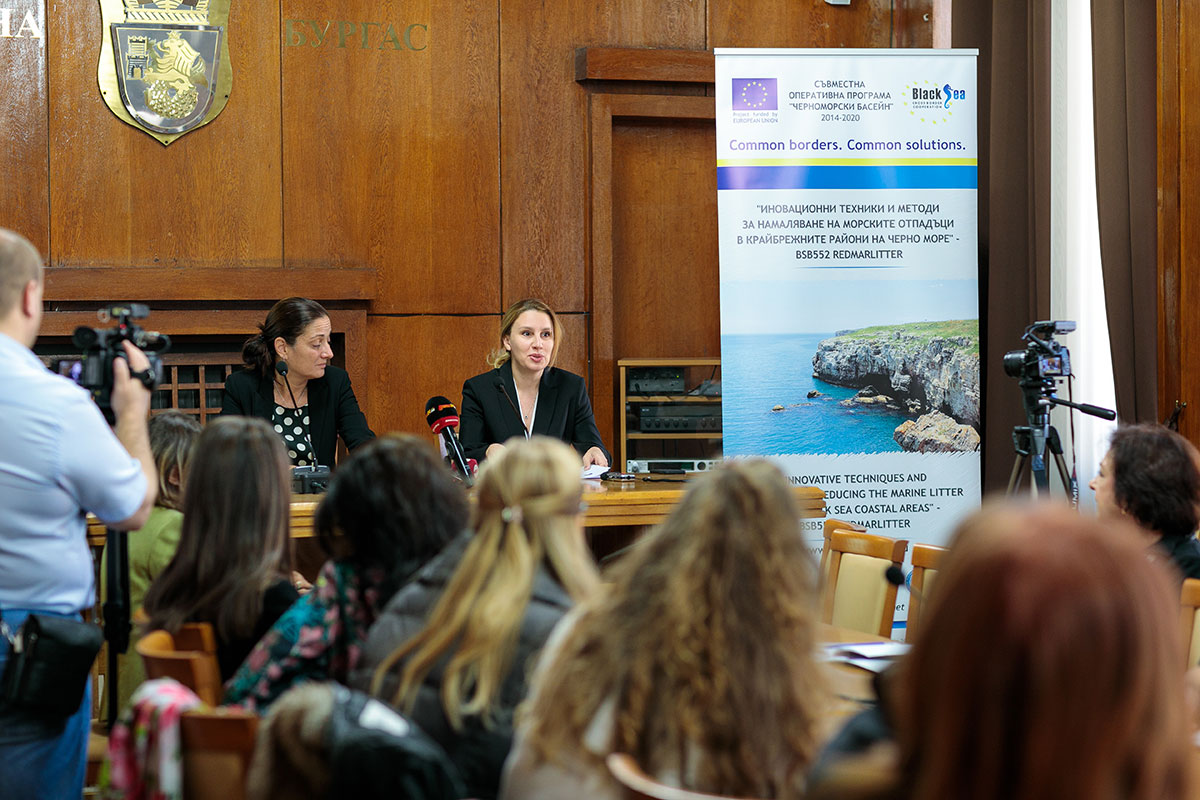 In the meeting room of the Municipality of Burgas from 10.00 am on 27.09.2018 an initial press conference was held on the launch of the project “Innovative Techniques and Methods for Reducing Marine Litter in the Black Sea Coastal Areas”, priority 2.2. “Awareness Raising and Joint Actions for Reducing River and Marine Litter”, Joint Operational Programme “Black Sea Basin 2014-2020”, which will be implemented jointly with partners from Romania (University of Constanta) and Georgia (Tbilisi State University), the leading partner is the Via Pontica Foundation, Bulgaria.

With a multimedia presentation Mrs. Ruska Boyadjieva, Deputy Mayor of European Policies and Environment in the Municipality of Burgas and Mrs. Ina Aganfonova, Founder and Chairman of the Management Board of the Via Pontica Foundation, introduced the objectives, the planned activities and the expected results of the project. 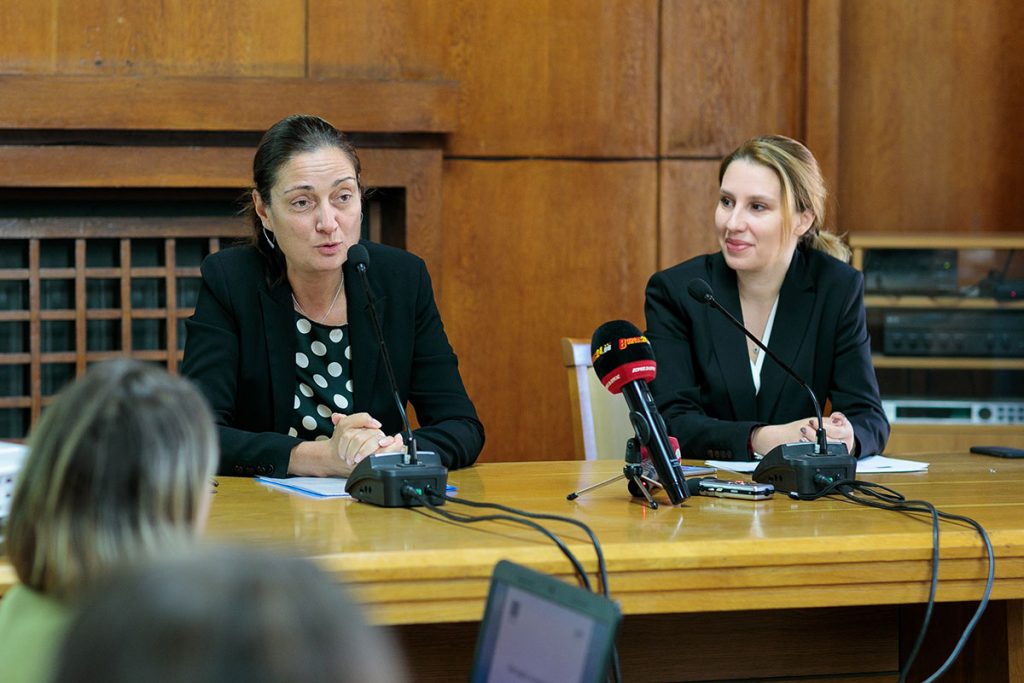 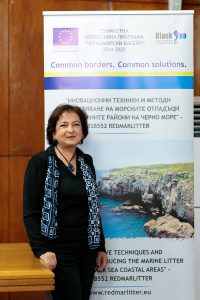 The main objective – the development of innovative techniques and methods for reducing marine litter in the Black Sea coastal areas, aimed at protecting the cleanliness of the Black Sea and coastal areas, as well as the specific objectives of the project will be implemented by partners from the three countries, which to analyze the load, to track the main polluting streams and to clean up waste in selected threatened areas. The available information will be gathered in a common database, with the task of identifying the path of major waste streams, linking them to air and sea currents, and locating potential concentration points. To accomplish this task, a computer map of waste distribution will be made to predict their movements. Cross-border cleaning campaigns will be organized.

During the implementation, a Hot Spot Identification Method and Guidelines for Environmentally Friendly Marine Litter Management will be developed as well as a project documentary.

The project starts in the second half of August 2018 and will last for 30 months until February 2021.

The press conference was widely reported in the media. 36 of them introduced to its readers, listeners and viewers the project, its function, initiatives and expected results.

The next event of the project is a seminar on “The Impact of Solid Waste Pollution in the Black Sea and Other Aspects of Environmental Protection” to be held at the Flora Expo Center in the period of 2-3 October 2018. It will take involving prominent scientists and lecturers working in the field of environmental protection and sustainable use of natural resources. 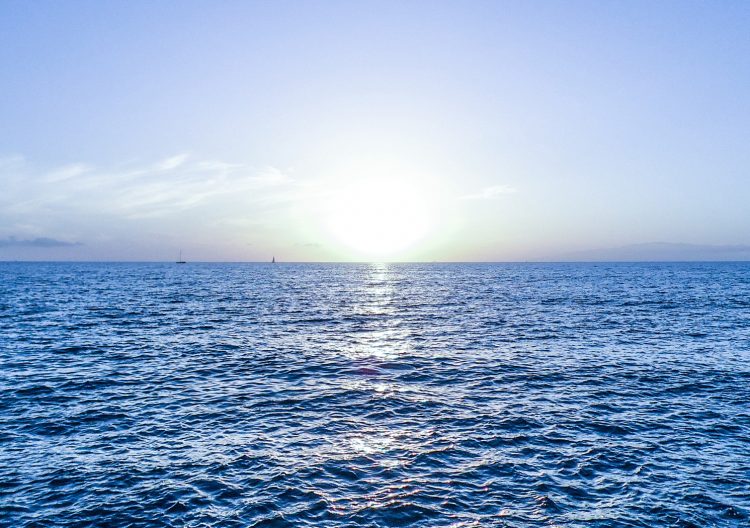 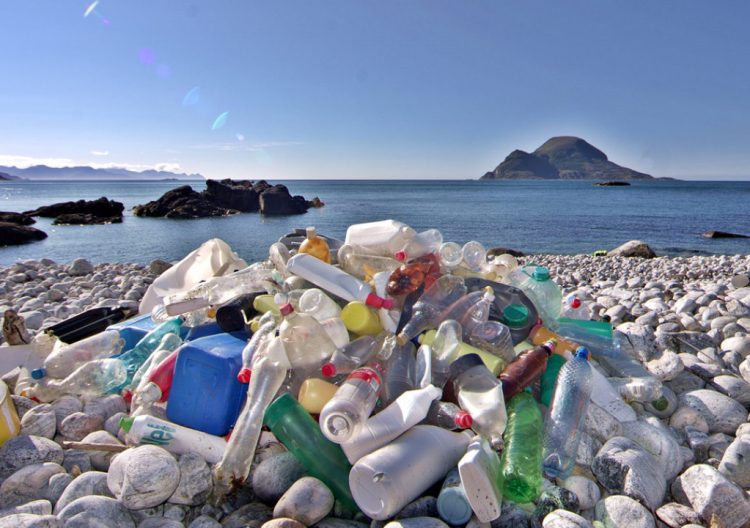