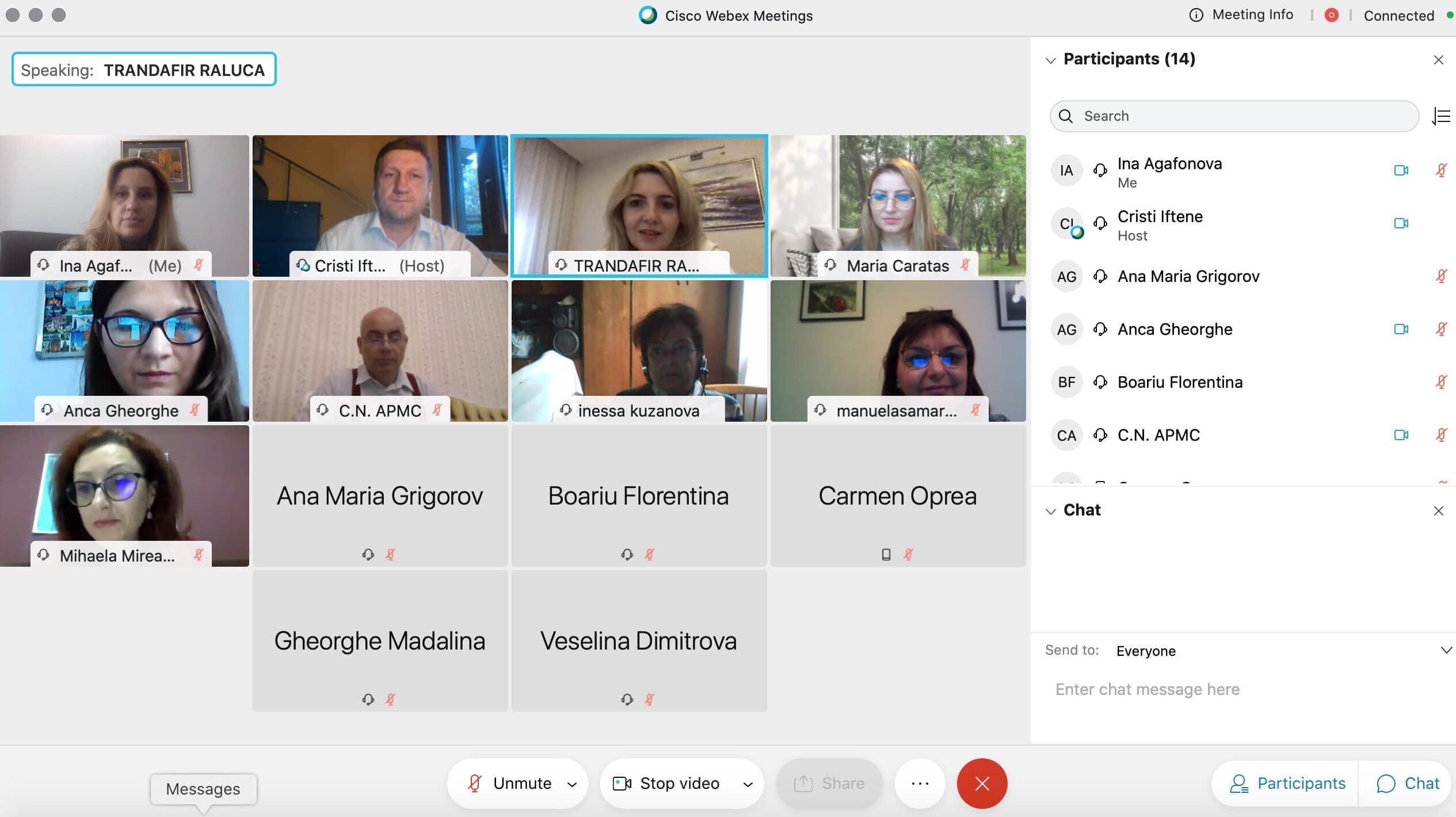 Another partnership meeting was organized on November 30, 2020.  The event was originally planned to take place in Romania, but due to the situation with COVID-19, it was decided to be held online through the Webex platform.

The possibilities for ensuring the sustainability of the project were also discussed, as well as the organization of the Final Conference, which should be addressed to the main stakeholders, but should not be limited to the participation of representatives of the academic community.

The meeting was opened by Raluca Trandafir – Doctor of Science, Associate Professor, VICE-RECTOR in charge of developing and implementing the financial strategy and of projects from European funds in the University of Constanta, National Coordinator.

“Some aspects regarding the biodiversity of the Romanian Black Sea coast” were presented by Samargiu Manuela, UOC, PhD Professor.

The working session of the meeting included a Review of the actions, deadlines and results of the Red Mar Litter project, in which took part:

The partners then discussed an in-depth update of the project management plan, administrative and financial issues, a plan and programming of the work to be done and other future actions.